Nearly a week Warner Bros. and Legendary Pictures announced it was fast-tracking the release date for Godzilla vs. Kong by two months, the studio has released the first official trailer.

“Legends collide in Godzilla vs. Kong as these mythic adversaries meet in a spectacular battle for the ages, with the fate of the world hanging in the balance,” reads the film’s official logline.

“Kong and his protectors undertake a perilous journey to find his true home, and with them is Jia, a young orphaned girl with whom he has formed a unique and powerful bond.” However, danger lurks when they unexpectedly encounter an enraged Godzilla, who cuts “a swath of destruction across the globe.”

However, the epic clash between the two mega-monsters — brought on by unseen forces — uncovers another mystery that lies deep within the Earth’s core.

The movie is the third in a trilogy of a WB’s “Monsterverse,” following the success of 2014’s Godzilla and 2017’s Kong: Skull Island, and again follows the mysterious Monarch corporation’s investigation of the earth-shaking titans, with humanity hanging in the balance as these two legendary creatures go head-to-head.

Godzilla vs. King Kong will be released simultaneously in theaters and on HBO Max on March 26.

Kirk Franklin Takes Us To Church In Tiny Desk Performance 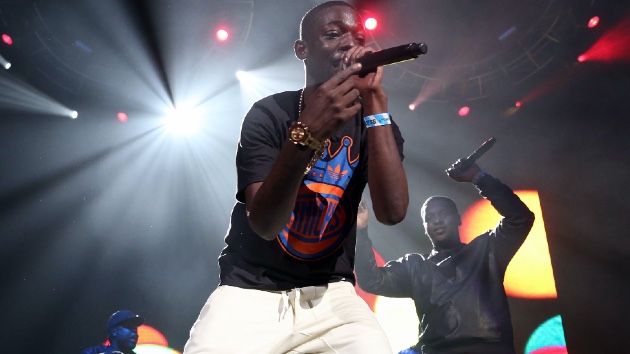