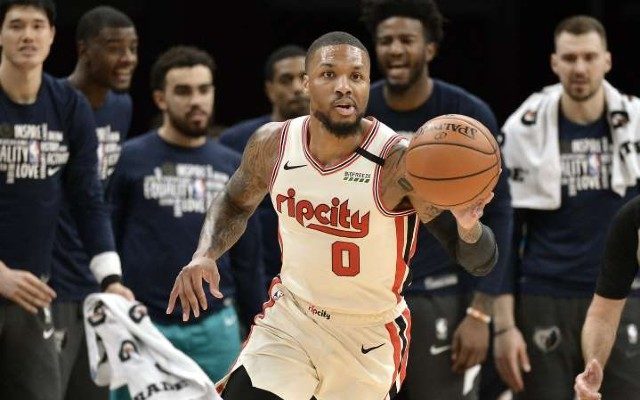 Damian Lillard injured his groin making a drive late in the fourth quarter of Wednesday’s 111-104 loss at the Memphis Grizzlies.

He said due to the injury, he will withdraw from competing in both the three-point contest and All-Star game this weekend in Chicago.

The Blazers desperately need Lillard healthy and ready for the stretch run if they hope to make the playoffs.

After Wednesday’s loss, Portland dropped to 25-31 overall, a full 4 games behind the Grizzlies for the number-eight seed and final playoff spot in the Western Conference.

Damian Lillard says he is not competing in the All-Star Game or Three Point Contest due to the right groin strain he suffered tonight in Memphis.

Portland returns from the All-Star break after an eight-day break, hosting the New Orleans Pelicans on Friday, Feb. 22nd.

They will also face the Grizzlies twice more in the regular season, both meetings coming at Moda Center.

DJ Khaled Has Landed His Own Podcast

Kanye West Breaks Twitter’s Rules Against Doxxing and Gets Suspended

Offset Allegedly Cheated on Cardi B Their Whole Marriage