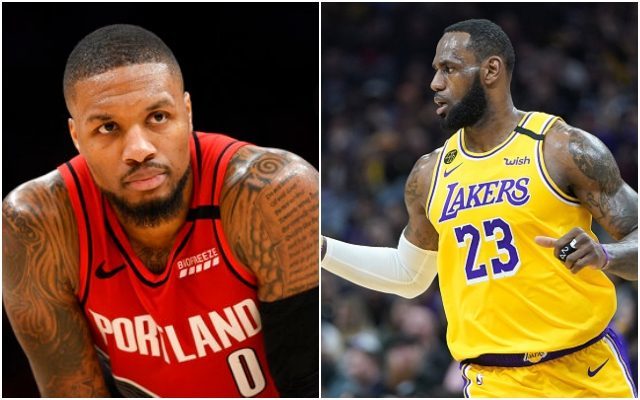 The Trail Blazers and Lakers are boycotting the playing of Game Five of their first-round playoff series.

All three NBA games will not be played as players sit in wake of Jacob Blake shooting.


The NBA subsequently postponed all of its playoff games for Wednesday.

All games are postponed and will be rescheduled. https://t.co/LskpN82x35

The Milwaukee Bucks were the first team to decided to boycott, refusing to come out from the locker room to play Game Five against the Orlando Magic. The Magic had been warming up on the floor before exiting the court with a few minutes left before tip off and no sign of the opposition.

Shortly after the Bucks boycott, the Houston Rockets and Oklahoma City Thunder both decided to boycott the playing of Game Five of their series, which is tied 2-2, and was scheduled to tip at 3:30 Pacific time.

The Blazers trail the Lakers 3 games to 1 and are facing elimination. Damian Lillard has been ruled out for Game Five with a right knee sprain.