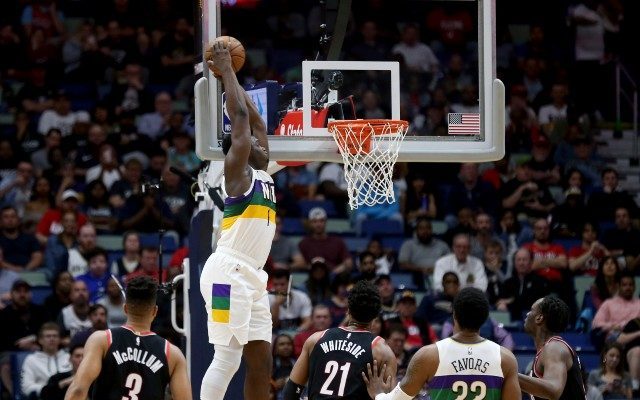 Williamson scored 31 points in barely 28 minutes on the court, and the New Orleans Pelicans used a dominant second half to defeat the Portland Trail Blazers 138-117 on Tuesday night.

“I expect to make an impact but I don’t expect to do nothing like this,” Williamson said in his usual, grinning, affable manner. “I just kind of look to come in, just kind of fit in, just not try to mess up, but my teammates and coaches are always pushing me.”

“I do hold myself to high expectations, but I think it’s just finding the line between reality and dreams,” Williamson added. “If my teammates find me, they find me. If not, just got to make another play, get the rebound and just play defense.”

Williamson used his 6-foot-6, 285-pound frame, quick feet and explosive vertical to have his way with every defender Portland tried against him. Williamson was either too strong, too fast, or both. He mixed spinning dribbles and sudden baseline drives into his usual arsenal of soaring transition dunks and tenacious putbacks. Six of his nine rebounds came on the offensive end.