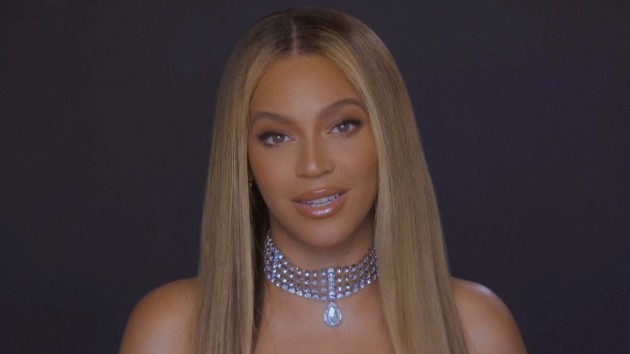 The 2020 BET Awards, virtually hosted by Amanda Seales, aired Sunday night on CBS while honorees performed strictly from home for the first time.

In celebration of BET’s 40th anniversary, the evening was not only a powerful display of Black excellence, culture, art, and awareness through music and entertainment — it simultaneously addressed the nation’s unrest and current Black Lives Matter protests over racial inequality with this year’s theme: “Our Culture Can’t Be Canceled.”

Former First Lady Michelle Obama virtually appeared to present Beyoncé with the Humanitarian Award for her BeyGood initiative and other philanthropic efforts.

“I want to dedicate this award to all of my brothers out there, all of my sisters out there inspiring me, marching and fighting for change. Your voices are being heard, and you’re proving to our ancestors that their struggles were not in vain,” Beyoncé said during her acceptance speech.

“Now we have one more thing we need to do to walk in our true power, and that is to vote. I’m encouraging you to continue to take action, continue to change and dismantle a racist and unequal system,” she added. “We have to continue to do this together.”

Beyoncé and her daughter Blue Ivy Carter won the BET Her Award for “Brown Skin Girl,” a track from The Lion King: The Gift soundtrack featuring WizKid and Saint Jhn.

Roddy Ricch performed two chart-topping singles, “High Fashion” and “The Box” from his album Please Don’t Blame Me For Being Antisocial, which won Album of the Year.

Megan Thee Stallion took home Best Female Hip Hop Artist and Viewers Choice Awards for “Hot Girl Summer” featuring Nicki Minaj. Megan performed with her gang of “hotties” in the desert for a medley of her new song “Girls in the Hood” and the Beyoncé-assisted “Savage” remix.

DaBaby performed the Black Lives Matter remix to his song “Rockstar” while a police officer knelt on his neck, referencing the death of George Floyd. He also won Best Male Hip Hop artist. DJ Khaled accepted the award for the Music Video of the Year on behalf of the late Nipsey Hussle.

Oscar-winner Jennifer Hudson took us to church when she sang Aretha Franklin’s 1972 single, “Young, Gifted and Black.” Hudson’s performance was followed by the trailer of her upcoming role in Aretha’s biopic Respect.

Other tributes came from Wayne Brady, who honored Lil Richard, and Lil Wayne, who commemorated Kobe Bryant with a song named after the late NBA legend. Shaquille O’Neal — going by his stage name DJ Diesel — paid homage to late St. Louis rapper Huey by playing his hit single “Pop Lock and Drop It.” Huey was fatally shot and killed in a double shooting last Friday, June 26.